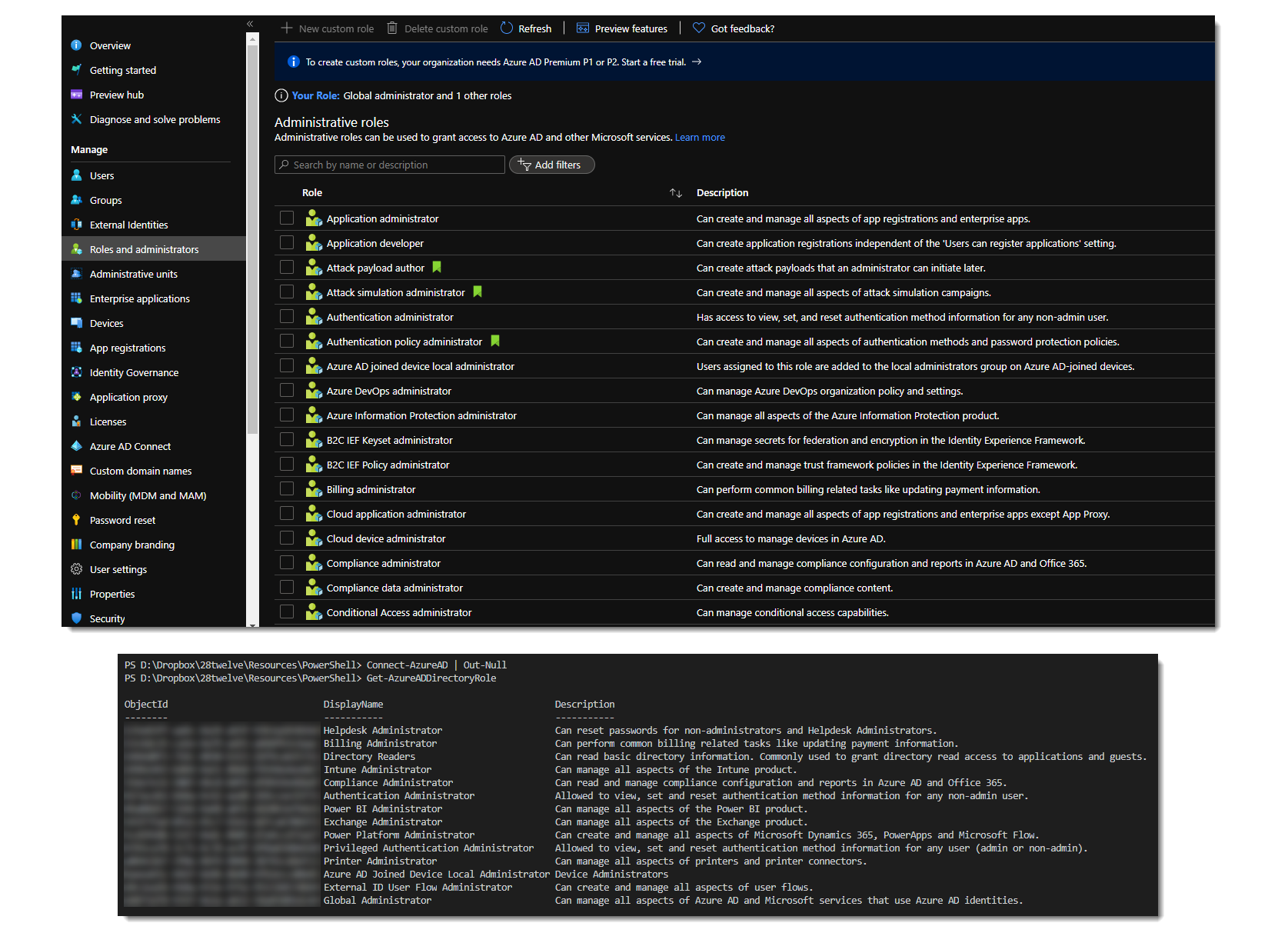 Working with PowerShell always brings up a few interesting gotchas, as things are not always what they seem at the surface. I guess you could say that for any development tool out there, but somehow it happens every time I need to do something with PowerShell. Case in point, you would think that assigning an administrator role would be a simple call to one cmdlet…but things are never quite that simple :-/

If you look at the Azure AD Roles and administrators page in the Azure portal, you see a long list of administrator roles you can assign to users (or service principals). Compare that to the list returned by the Get-AzureADDirectoryRole cmdlet however and you only see a small subset.

The part that’s not necessarily clear from the documentation is that the Azure portal shows a list of available roles (or templates). It seems obvious enough that this would be the case in the portal, as you may not have assigned all of these roles to users yet and you would expect a complete list. But as you can see from the PowerShell results, the fun starts when you think you could just get the role and assign it to a user. How can you assign a role if you can’t get to its object id? How do you get a list of all of the available roles in PowerShell?

After digging for some time you (me) stumble across this gem, the Get-AzureADDirectoryRoleTemplate cmdlet which returns all of the available roles (or templates). Eureka!! Let’s use this object id and assign it to a user with the following snippet…

Not so fast…you get an error saying that the role doesn’t exist…and we know this from what we’ve seen earlier, but it still isn’t clear how we would be able to get an object id to assign.

The solution is buried underneath many levels of documentation and hours of searching/experimenting:

I wish the PowerShell documentation was a bit more explicit in cases like these. Adding a simple comment or two to the documentation of the Get-AzureADDirectoryRole cmdlet will certainly help avoid the hours of confusion and searching…

Want to download the PowerShell script to assign administrative roles? Get it from my GitHub repo.